CYMMIT, IITA, Others Congratulate NAERLS on its leadership role in the Promotion of STMA

The Nigerian Team has once again won the Best Maize Technology Promotion Award in the West Africa subregion category. The 2016 Award for the highest achiever in the promotion of Stress-Tolerant Maize for Africa (STMA) Project is the first, as the project was started in 2016 throughout sub-Saharan Africa. The Promotional team in Nigeria is led by NAERLS; among other members of the team are Institute for Agricultural Research/ABU Zaria, University of Ilorin, Institute of Agricultural Research and Training (IAR&T) Ibadan, Premier Seeds, Maslaha Seeds, Tecni Seeds, and Value Seeds. The Project is divided mainly into two parts: breeding and promotion. STMA is a successor of the Drought-Tolerant Maize for Africa (DTMA) project, which was ran from 2007 to 2015, and in which Nigeria had won several breeding and promotion awards.
Consequently, CYMMIT and IITA, in particular, have congratulated NAERLS on its leadership role in the promotion of agricultural technologies in Nigeria. The head of one year activities of the STMA project have shown that Nigeria can achieve food sufficiency through increased activities in the areas of strategic varietal development and promotion. This is because, over the years, research has shown that novel technologies, such as is being developed and promoted by STMA, are positively transforming livelihood prospects across Africa, making maize production a choice agribusiness among farmers in ecologies hitherto unfavourable to maize production.

The objectives of STMA Promotional activities are to: support the STMA project goal of increasing widespread access to and adoption of STMA varieties by Nigerian farmers; to dramatically increase awareness among farmers /youths, policymakers, and the private seed sector on the benefits of STMA varieties; promote access to and commercialization of novel high yielding maize varieties and hybrids in Nigeria; and promote the main-streaming of women groups and youths in the country’s agriculture along the value chain.
The target audience of the promotional activities comprised farmers, extension workers, public sector/decision-makers, agro-input dealers, women and youths. Recent research assessments of 2014-2016 showed that these multichannel promotion activities have helped in raising and sustaining awareness and adoption levels, as well as improving incomes and nutritional security of farmers in Nigeria. 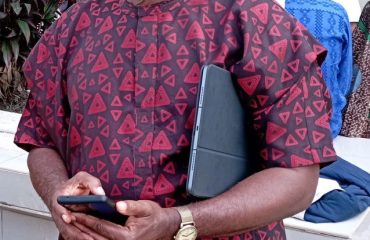